The past and present of Prosfygika shows the struggle of the workers and the persecuted. Those who have never found solid ground to stand on, and those who never ceased to fight. One can hear the ringing of guerilla machine guns and the guerrilla riders that sound from home to house through bullet holes that punctured the walls during the December 1944 uprising. Nights are filled with the screams of the tormented political prisoners of Averoff Prison and the cry of the ruins of demolished buildings. We are suffocating today, with the new tyranny imposed on us and the threat of violence and barbarity expressed by the two symbolic monsters of sovereign power, the gangs of violence and repression that lay siege to us: GADA (Police Headquarter) and the Court of Appeals

In Prosfygika, Alexandras Ave., there are currently more than five hundred people from every manifestation of the oppressed class: Refugees, immigrants, families with their children, the elderly, the sick, formerly homeless, political fighters, addicts, those dependent to the ELPIS hospital, and people of every nationality or religion. It is a multinational mosaic of the communities of the world’s most rebellious and plundered of peoples. People who have experienced capitalist war, displacement and torture, poverty and misery, persecution and hunger.

Our narrative about the neighborhood of Prosfygika speaks to the struggle for survival and dignity, for solidarity and companionship, for self-organization, equality and social struggle, for interracial and inter-religious coexistence in times of poverty and social cannibalism. A social and cultural workshop of self-esteem and community that continues to remain with those who built it, immigrants, refugees and opponents of capitalist barbarism. It talks about the smiles of dozens of children playing in the streets of the neighborhood, collective kitchens and self-organized production and self-education structures, social and political actions, care for the sick and the weak, maintenance work, with meager means, a place that concentrates memories of struggles of the working class over the past eighty years.

We are not alone here. Our struggle to keep #Prosfygika alive, livable and lively is the continuation of the struggle that lasts almost a century now. This is just a handful of pictures, showing how Prosfygika started and how the community lived through decades of extremely “interesting times”. We, here and now, just carry the torch. We fight the battles that are new and old at the same time. Our colors are more black than red or white-blue, but our enemies are the same: enemies of humanity, enemies of freedom, enemies of history.In brown uniforms, in riot gear or business suits, their aim is the same. And Prosfygika always stood in their way. 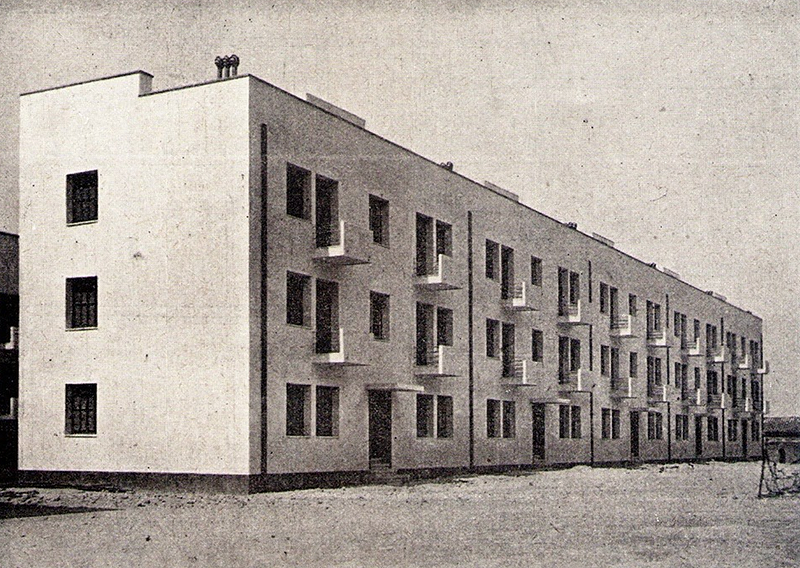 1920s’ style modernist blocks were built in the middle of arable land. Way before the brutalist neighbours flanked the district.
This is good architecture. well designed flats, suitable for Greek climate. Whatever survives from these years (at least infrastructure-wise) shows good quality and craftsmanship. No skimping.
Very soon, thanks to the commitment of the residents, Prosfygika became a living garden. 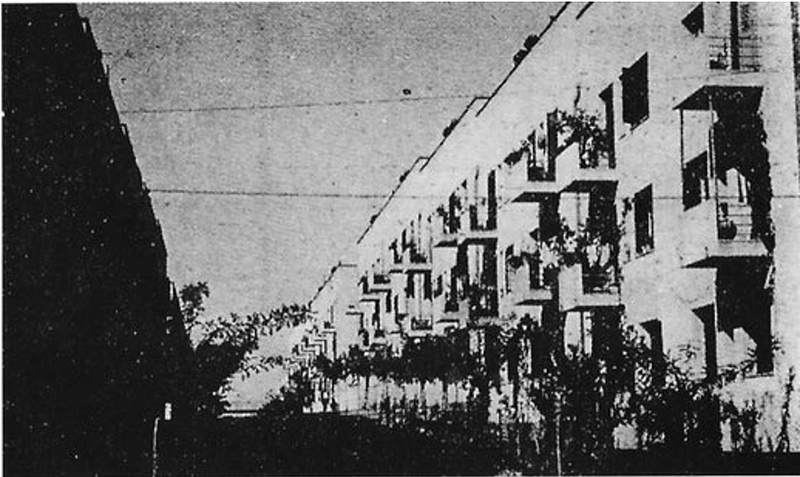 There is a bigger gap between blocks 2 and 3, apparently designed as a local plateia. Overall distance between blocks provides enough sunlight for everyone in the winter and enough shadow in the summertime. 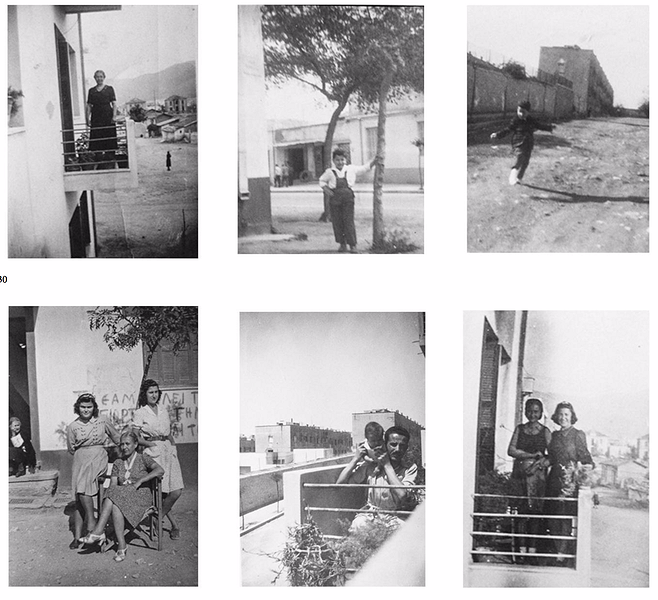 Life in Prosfygika. The wall (bottom-center) was probably the Averof Prison. Prosfygika dwellers used to help the inmates (especially during the era of the fascist junta governments of Greece).
Averof Prison was an infamous central prison facility in Greece. See also The Six Executed from Dmbeni . 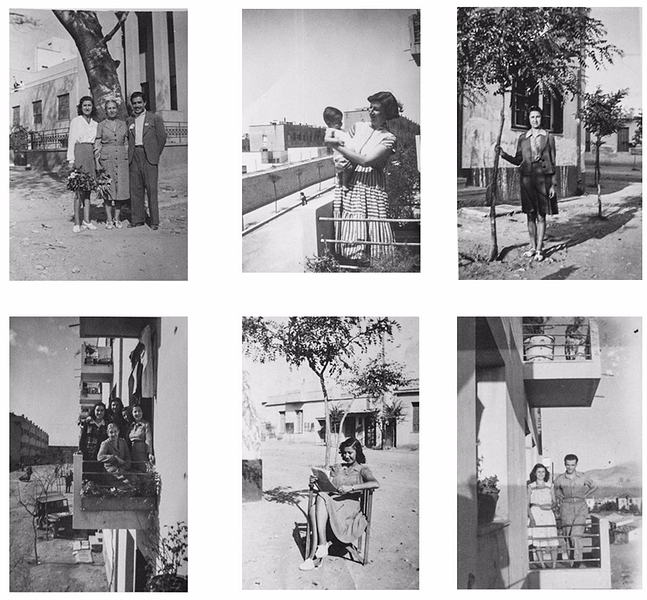 During the German occupation and later, the Civil War, Prosfygika was actual stronghold of antifascist resistance. Whole community was involved, sheltering the fighters, building secret passages between the flats.
Bullet holes in houses’ walls later protected the neighborhood from being sacrificed at the altar of greed and soullessness.
Note US Army Jeep(?) at the bottom-left picture. This is the time of (relative) peace.